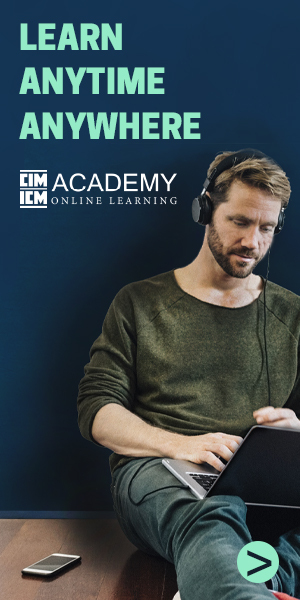 The Standards Column in CIM Magazine is written by experts in the field, sharing information and know-how related to standards and guidelines for mineral definition and evaluation.

These columns include information related to:

The CIM Commodity Price Guidance document has been updated for the first time since 2009.

Revised standard takes environmental management to the next level

Nearly 20 years after it was first published, ISO 14001 has become the world’s most widely recognized environmental standard, with more than 250,000 mainly industrial organizations using it as a foundation for their environmental management systems (EMS).

When is a Mineral Resource not a Resource?

The second in a two-part series on the updated CIM Definition Standards. The first part appeared in the May 2015 issue of CIM Magazine.

An update on harmonization of 2014 CIM Definition Standards

The first in a two-part series that examines changes to CIM Definition Standards in detail.

Have your technical reports timed out?

It is easy to think that, because exploration programs are limited and there are no new material results to disclose on a property, the technical report on the property is still up to date. However, this is not necessarily the case.

The benefits of using geophysical logs in potash exploration

Since the new NI 43-101 rules took effect in June 2011, a number of mining companies were required to clarify or retract their PEA disclosure because CSA staff considered that they did not meet the new definition of a PEA, or were blurring the boundaries between the different types of mining studies.

Standards for Qualified Persons: how to evaluate relevant experience

In order to be considered a QP for a specific project, the individual must have a certain level of education, accountability and relevant experience.

Water and mining – reporting the risks and challenges

Mining companies often face a wide range of environmental risks and challenges throughout the mining cycle, especially in relation to water. Investors need to be provided with meaningful information about these types of risks, if they are material to a mining company.

The evaluation of mineral brines is complex, and Qualified Persons should either be hydrogeologists or engineers with adequate experience in salar geology and brine processing.

The inclusion of Inferred Mineral Resources in economic analyses

As a result of the ongoing significant changes in the oil and gas industry, further amendments are under consideration, possibly for the end of 2012.

Let the discussion begin: Are potash technical reports meeting the intent of NI 43-101?

The following discussion raises more questions than answers and is an attempt at stimulating further discussion of potash best practices that may result in a Potash Guideline useable by the SEC and CSA.

The new NI 43-101: Compliance made easier and less costly

The June 2011 version of NI 43-101 represents its first substantive review since it was first adopted in February 2001.

Highlights of the CRIRSCO annual meeting in September 2010 in Moscow

As more ways of electronically disclosing information become available, mining companies need to remember that NI 43-101 is applicable to all public disclosure related to scientific and technical information.

Making rare earth element disclosure transparent and compliant: Getting the most out of other organizations’ practices

When prices for rare earth metals rose sharply over the last five years, we saw junior mining companies take on rare earth projects and seek financing to explore them on the equity markets. Such events would not normally create a compliance problem. But, in the rare earth business, there were a few new twists that made clear disclosure harder to do.

The inclusion of Inferred Mineral Resources in economic analyses

It is common practice in the mining industry to assess the economic viability of a mineral deposit/project at various development stages.

Standards for the estimation of mineral resources and reserves and valuation of mineral properties have advanced dramatically in recent years, and CIM members have taken a leading role in developing Canadian reporting standards.

The successful development of technically challenged mineral projects will require smart engineering. Investor confidence in those engineering solutions will require transparent disclosure by suitably qualified mining professionals. NI 43-101 has set the standard for both.

Knowing the tools at your disposal: Commodity-specific guidelines available to QPs

National Instrument 43-101 (NI 43-101) sets standards for the disclosure of scientific and technical information. However, NI 43-101 does not regulate the procedures or practices used to collect, analyze or interpret this information — it places the responsibility of doing so upon the qualified person (QP).

Occasionally, handheld XRF analyzers may provide significant and potentially material information about mineralization on a property. However, the qualified person (QP) preparing a disclosure must exercise professional judgement and be able to demonstrate the reliability of the information.

NI 43-101 is meant to be a living document that is revisited and revised from time to time to reflect changes in the industry.

The centenary of Proved and Probable Reserves

A review of the evolution of reporting terminology highlights the fact that these terms have now been used in a similar context for exactly a century.

On January 20, 2009, the Canadian Securities Administrators (CSA) launched a project to revise and update National Instrument (NI) 43-101 Standards of Disclosure for Mineral Projects.

In January 2009, the Canadian Securities Authorities’ (CSA) policy coordination committee approved a project for the revision of National Instrument 43-101, Standards of Disclosure for Mineral Projects (NI 43-101).

On December 31, 2007, a law that established the concept of a Competent Person in Mineral Resources and Reserves in Chile came in to effect. This was a result of a 5-year effort to parallel the system that other mining countries have already set up to improve investor confidence and support financings in the mining industry.

Meaning of a current technical report under NI 43-101

According to Section 1.1 of NI 43-101: “Technical report” means a report prepared and filed in accordance with this Instrument and Form 43-101F1 Technical Report that does not omit any material scientific and technical information in respect of the subject property as of the date of the filing of the report.”

Love it or hate it, the licensure of professional geoscientists in Ontario is here to stay and is a legal requirement for practicing geoscience. In fact, all the provinces and territories (except PEI and the Yukon) have a licensure requirement. However, over the last several years some misconceptions, miscommunications and misunderstandings have emerged.

Public reporting of exploration results, mineral resources and mineral (ore) reserves now benefits from considerable international conformity, thanks to the efforts of national reserves committees in Australia, Canada, South Africa, the United Kingdom/Western Europe, the United States and Chile, and of the international umbrella organization CRIRSCO (Committee for Mineral Reserves International Reporting Standards). This article compares, on a high level, the reporting environments for three countries that are of considerable influence in the mining industry.

This article is part of a series that will summarize the background and development of international resource and reserve reporting standards by the Committee for Mineral Reserves International Reporting Standards (CRIRSCO), highlight its current activities and provide insight into international mineral reserve and resource reporting issues.

The important thing is to be reasonable (not conservative, or excessively liberal) in the choice of parameters. The resource estimator should try to identify that material that has “reasonable prospects” but may not be reserves at this time.

Preparing content of a technical report - reasonably relying on others

Item 5: Reliance on Other Experts of the Technical Report Form allows a qualified person to rely on a report, opinion or statement of a legal or other expert, who is not a qualified person, for information concerning legal, environmental, political or other issues and factors relevant to the technical report.

Geological quality control procedures are intended to monitor precision and accuracy of the assay data, as well as possible sample contamination during preparation and assaying.

The involvement of a Qualified Person (QP) in the preparation of scientific and technical information on a mineral property is a cornerstone of National Instrument 43-101, Standards of Disclosure for Mineral Projects (NI43-101).

There are a number of important dates that must be disclosed when a Qualified Person (QP) is preparing a technical report for securities purposes. The dates are discussed in NI43-101 and the Form of the Technical Report, NI43-101F1.

Greg Gosson and Deborah McCombe - May 2007

Under Canadian Securities law, qualified persons (QPs) are called upon to provide their written consent to the scientific and technical content in disclosure documents being filed by public mining and exploration companies. Most often the consent is provided by the qualified persons that prepared a technical report under NI 43-101 Standards of Disclosure for Mineral Projects. In this article, we explain the different triggers for consents under securities law, the timing for filing, and the required content of the consent.

Is your NI43-101 technical report compliant?

One of the cornerstones of NI43-101 Standards of Disclosure for Mineral Projects is the technical report. The purpose of the report is to provide a summary of the scientific and technical information concerning mineral exploration, development, and production activities on a mineral property that is material to an issuer.

Due diligence prior to prospectus filings

There is a myriad of rules, policies, and good practices that the management of companies, geoscientists, engineers, and many others associated with the mining company must have at least a basic knowledge of. This first article discusses due diligence and prospectus filings.